Tears/Crying Can Be a Positive Thing in Battling Weightloss 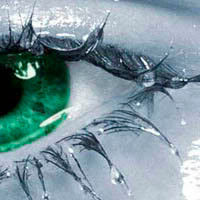 Recently, I saw some 'tweets' that bashed the teens and people on shows like "I Used to be Fat" on MTV, "Heavy" on A&E and contestants on "The Biggest Loser". Such comments saying how they get sick of seeing all these people crying and how they need to stop with the tears, need to man up, suck it up, get over it, stop being a baby, etc. This really struck me as cruel. The breakdowns and crying that people do on these shows isn't always about the pain of the workouts.

Crying is widely seen as being very therapeutic, especially emotional crying. Emotional tears have a different make-up, and include enkephalin, an endorphin and natural painkiller.

"Emotional tears contain higher concentrations of proteins, manganese, and the hormone prolactin which is produced during stress-induced danger or arousal," - Dr. Carrie Lane of the University of Texas

I know that crying is sometimes seen as a sign of weakness, but there are so many benefits to letting go of these emotions, and holding or forcing yourself NOT to cry can have reverse effects by increasing your emotional stress, making things worse on yourself. The natural body function to relieve stress, anxiety and other emotional build-ups is crying. You should allow yourself to cry.

"A study by the University of Minnesota discovered that the chemicals that build up in your body during emotional stress can be removed in your tears, and unreleased stress can increase your risk for heart attack and damage certain areas of your brain. So your human ability to cry is not only therapeutic, but could even be considered a survival tactic."

The stress and pain these people feel when starting to workout for the first time takes it's toll on their bodies. They are not used to physical activity, and they are using body parts and muscles that they haven't used on a regular basis. Not only that, the emotional release of letting go of their old selves, and struggling to embrace and face the facts they did this to themselves can be overwhelming. These people are starting on a very emotional, psychological and physical journey. To call them crybabies, or to roll your eyes at them and tell them to suck it up, to me, just goes against human nature and their own bodies natural reactions.

Even in shape and active people cry when they finish that marathon, win a sporting event, or accomplish something they've never accomplished before. Starting a weightloss journey is no different. So to all the haters out there, take your own advice and STFU, then change the channel if you're so "sick of it". :)

Peace out and have a great day!

Information taken from A Good Cry. Click the link for more info!

ShareThis
written by Cheryl Chamberlain at 10:53 AM 4 comments: 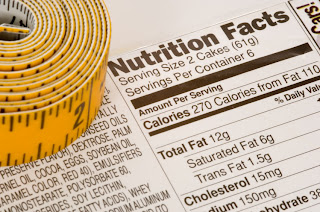 We see it all the time at the grocery store. FAT FREE! SUGAR FREE! NO TRANS FAT!!

Well, here is a list of examples and meanings of some of the allowable nutrient content claims companies are allowed to use. Just because it says it's "free" doesn't necessarily mean it's so!! Check out some of the claims allowed that just don't measure up:

So there you go! Free isn't always free, and it doesn't always mean it's better for you!

ShareThis
written by Cheryl Chamberlain at 11:27 PM No comments:

I am now into my second semester at Kaplan University and one of my courses is Nutritonal Analysis and Assessment. This course really delves into the scientific approach of how nutrition standards and recommendations came about over the years, as well as the fluctuating circumstances surrounding the requirements for different age groups, genders, as well as those with special needs. It's always so hard to learn something where there are so many different ideas, assumptions and studies that. Here is my lastest discussion post. Comment if you like, agree or disagree, these of course are all posts whose purpose is to spark discussion and debate. This post was basically supposed to be about what was most difficult for us to understand in our weekly reading, and how professionals, with their difference of opinions, confuse the public on nutrition.

Nutritional Confusion - by me.. C.C.

Probably the main concept to me that is the most confusing is trying to calculate the recommended daily allowances with using a standard deviation of the estimated average requirements for nutrients. (Lee & Nieman 2010) Showing it mathematically, and then adding on top of that the variability in the nutritional requirements, if one's information is insufficient, by adding a coefficient of variation to me just seems to be overkill. This is why there is so much confusion in the health and nutrition world. I believe that yes, it is a science, but it is not an exact science. This is why they are called "recommendations".

Even educated health professionals today can send wrong messages about health and nutrition. Most of us have heard about the "Twinkie Diet" that helped Kansas State University human nutrition professor, Mark Haub, lose weight with a diet of junk food because he wanted to prove healthy weight was based on caloric intake alone. (Park 2009) The only problem was his bloodwork showed major improvements in his cholesterol LDL, HDL and triglycerides. True, he may not recommend it, but the idea is already out there.

Just the number of health professionals and studies in the media confuse the public constantly. What's healthy for us today, may turn out not being so healthy for us a month later. The constant tug of war within the health community on what is healthy and what is not can be overwhelming for the general public. One example of this is The Nutrition Source (http://www.hsph.harvard.edu/nutritionsource/nutrition-news/) from the Harvard School of Public Health. The lists of articles here, let alone the amount found internet wide can make nutrition choices for people completely confusing.


What do you think? I would love to hear your thoughts on here, or Facebook. Thanks! Have a great day!

ShareThis
written by Cheryl Chamberlain at 8:49 AM 9 comments: 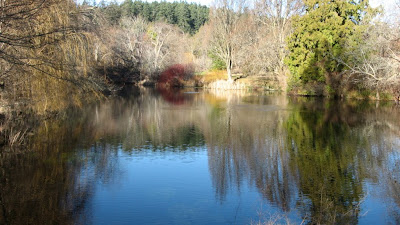 After having a wonderful holiday with my family in the Chicagoland area, here we are in the new year, and there are so many things I have to look forward to. It's going to be a year filled with so many memories, and a few were made on my trip home. I was able to see my aunt and uncle who live in Florida, and able to spend two evenings with extended family. Through the power of Facebook, I was able to be reunited with my halfbrother, Jason, and got to meet up with him and his lady for dinner one evening while out there. It was so great, since I had not been in contact with him or our sisters since 1991. Having lost Mark in 2007, it warmed my heart to know I have contact now with my "other brother". I got to show my hubby where I grew up, and he was able to endulge in Chicago cuisine and have his first italian beef, White Castles and REAL pizza! I also got to see my BFF, Wendy, who had been battling cancer, and had her last treatment after Christmas, and is getting her life back on track and will hopefully only get better and healthier this new year!

This past year I said goodbye to many disfunctional relationships, and married someone that completes me and loves me unconditionally. When you finally find your perfect mate, it really makes life worth living! I urge anyone to make sure they find and have a person that enhances your life, instead of bringing it, and you down.

As many of you know, I'm attending college at Kaplan University to obtain my Bachelor of Science in Nutrition Science and finished my first semester with a 4.0, and hope to continue that with my next two classes. As nerve-racking and scarey as it was going back to school, the benefits will outweigh the difficulties in the long run. I'm a little nervous about this semester, since it ends March 15th and my son is due March 22nd. Fingers crossed that he stays put until the semester is over! HA! After he is born, we are considering trying once again for a girl, but we shall see. :)

My wonderful hubby got me a new laptop for Christmas, which is going to be so helpful once our son arrives in March. I can be anywhere in the home with the baby and still be able to do my schoolwork instead of being confined to a desk. The crib will be delivered today, and we got so many wonderful things from so many people, plus what we've already aquired, we are definitely set for his arrival!

I have already booked my eldest son's trip to Boise this summer. Since he will be playing football this fall, I will only be able to have him for a little over a month, due to practice, but I'm looking forward to spending time with him, and I'm sure he will love spending time with his new baby brother! Sometimes I still can't believe I started over with kids, but when you find the right person, you just want to have a full life with them!

I have truly been blessed this past year, and I just want to thank everyone that has been there for me, supported me, talked with me, listened to me and stood up for me. There are those that will continue to live their miserable lives and wonder why things never work out for them, why they have so much drama, and basically it's because they can't be honest with themselves and take responsibility for their own actions. They will always be stuck in their own reality hell unless they start being truthful with themselves, and truthful with those in their lives. I faced my truths, and took the steps to make a better life for myself, and I couldn't be more satisfied with my choices. Life definitely is GOOD!!

I wish you all the best in this new year. May you love yourself, love others, and be the best YOU that you can be! Cheers!!!

ShareThis
written by Cheryl Chamberlain at 5:33 AM No comments: