Happy 1/2 Year to my Dylanbug!

I cannot believe 6 months has already passed. Who would have thought that lively cute face you see before you was in the NICU for 5 weeks. Dylan was born on February 25th of this year by emergency c-section after I went into the hospital to check on him since I had not felt him move all day. If I would have went to bed that night, the smile you see before you would have never graced this earth. My placenta had detached from the womb and he was being asphyxiated.  He was delivered 3 1/2 weeks early, and was hooked up to a cooling bed, along with a nitric oxide/oxygen therapy to slow down his functions and help him breath, putting him into a state of suspension to minimize any brain damage.  5 weeks later, we were able to take him home, and he's been one of the biggest joys in his dad's and my life.

He's eating new foods, trying to crawl and learning to sit up.  He can babble nonstop, has the most contagious belly laugh and has the best facial expressions.  Plus, I just find him to be handsome as all get out!  He's truly made great strides over the weeks and months. 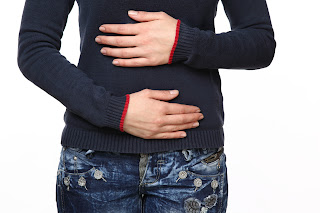 Diabetic Ketoacidosis is something that can occur when there is low or no insulin for the body to break down sugar for fuel and instead, the body will begin to break down body fat, and the results are severe.   Many of you that  know me, know I myself and diabetic, and there have been differences of opinions with physicians and medical professionals on whether I am a type 1 (no insulin production) or a type 2 (low insulin production due to weight/diet).  Either way, when I was pregnant this last winter/spring, I was hospitalized for gastroenteritis and ketoacidosis.  I was hospitalized and monitored for a few days in the hospital, and it wasn't pretty and something I hope I never suffer from again.

Symptoms of diabetic ketoacidosis range from light to severe.  One is constant thirst and frequent urination. Another is fatigue, headaches, muscle stiffness, trouble breathing when lying down. These are common symptoms, also found in diabetics that goes undetected, as it's something that is shrugged off easily.  In my case I was pregnant!!  Why would I think anything was wrong?  Are these all things that most pregnant women complain about?

I finally went to the hospital because I was vomiting even after drinking water.  Nothing was held down, and even though I looked flushed, I really wasn't holding any type of fever.  At first we thought it might be food poisoning, but after blood and urine testing, it was clear ketoacidosis was the issue.  I was in there for 4 days as they pumped my body intravenously with fluids, as I continued to vomit the grey/black broken down body fat, because I hadn't eaten anything in days until my body finally reached a moment of homeostasis and I was able to keep food down and process it, instead of regurgitating it.  It was not a pretty picture, and you feel so helpless, because there is nothing you can do.  The scary thing about this too is, if not treated properly, the mental stupor it can put you in can lead into a coma.  I slept for almost the entire time I was hospitalized, but thankfully I never slipped into one.  Keep in mind, I was going through all this while 7 months pregnant, and less than a month later is when the placenta broke away from my uterine wall and caused Dylan to asphyxiate in the womb, leading to an emergency c-section and him being in the NICU for 5 weeks.

And, for the most part, I was doing everything right.  Taking my insulin, trying to watch what I ate, but treating diabetes isn't an exact science.  Sure there are things we are all told to do, how to do them, but there are days our bodies have their own plan that goes against everything we've been educated and trained to do in dealing with diabetes.

For more information on the warning signs of diabetes, visit the American Diabetes Association.
written by Cheryl Chamberlain at 2:11 AM 3 comments:

That's right!  Colorado has been named the "thinnest" state in the United States according to a survey done in 2010.  What are some of the factors that helped them achieve this status?  Let's take a look:

1. They implemented a physical activity and nutrition plan for their state, providing education and programming toward a healthy lifestyle.

3.  Help create a culture of hikers over video gamers.

Read about this state's determination to get their state healthy, through pushing people to use the resources around their breathtaking state in order to live and lead a more healthy, active lifestyle, and kick obesity in the tuckus!!!

written by Cheryl Chamberlain at 2:18 AM No comments:

How Do YOU Hydrate?? 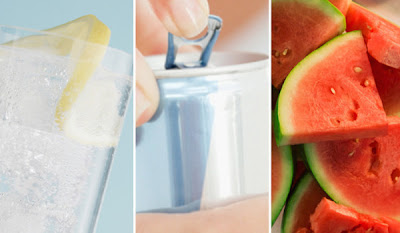 According to a new report from the CDC, nearly 6,000 people will go to the emergency room this summer for heat illnesses related to sports and exercise. Dehydration is a major culprit of these ER visits, and it's also easily preventable.

The Huffington Post spoke to top nutritionists to find out the best and worst ways to hydrate if you're planning on outdoor exercise. Of course, the number one choice is plain water -- their experts recommend aiming for 20 ounces two hours before a workout --but if you're looking to mix things up a bit, here are some good options, along with some ones to avoid.

So tell me, do you agree or disagree with their choices?  Why or why not?  I would love to hear your input.  Please be sure to read the article and go through the slides and see why they choose what they did for these lists before answering.

Motivation Monday - What if You Wore What You Weigh?

I finally had some time this morning to sit down and read some of the blogs of my favorite people.  July was a crazy busy month, so to have this first of the month to relax, have some coffee, and I as I scrolled through my reader, this post hit me hard.

Over at Team Giles, my online friend Lauren posted What if you wore your weight?  As I read through it, my eyes starting tearing up, as they are now just telling all of you about it.  I cannot imagine wearing my weight over 10 years ago.  I was ashamed and self-loathing.  Even know, the postpartum depression of having to start over can get to me, but I'm still over 60 lbs less after having Dylan than I was after having Liam.

I truly believe from my own experiences that we cannot achieve unless we believe!  If we are stuck in a rut of beating ourselves up, and not allowing ourselves to love who we are, we will never achieve the level of health and weight we hope to accomplish.  It truly is mind over matter when it comes to ability to get where we want to be in life.

Yes, it's true we are more than just a number on a scale, but what does that number represent to you?  What hidden secrets, shameful practices, or untruths are you telling yourself to give an excuse to not being where you want to be?  Make sure to check out Lauren's post, and tell her Cher sent you!!
written by Cheryl Chamberlain at 2:13 PM 2 comments: